For 25 years, the SMFC has been Making Spirits Bright for both singers and audience members and we celebrated our Silver Anniversary with a concert of beloved and cherished classic holiday fare. The SMFC also premiered a new holiday song “Let’s Enjoy the Holidays”.

In 2016 Tom Noonan wrote this catchy holiday tune. With nothing but a home recorded demo and lyrics on a sheet, he gathered up some musicians and asked them to join him to lay down the tracks to his original holiday song. The single was released under the group name, Kara and the Crosstown Combo and it became an overall winner on Radio Airplay. SMFC commissioned an arrangement of this instant classic in honor of our 25th Season.

In addition, exclusive selections including “Ding Dong Merrily On High” and “The First Noel” were performed at St. Mary’s in a special acoustic version of the concert. 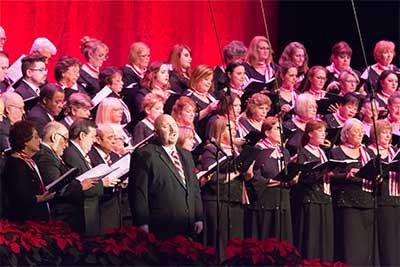 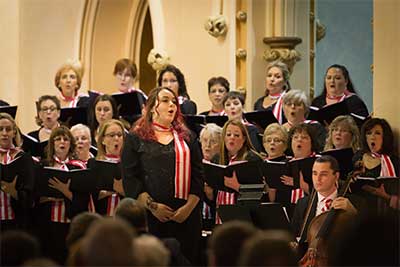 
Home
About SMFC
Sing With Us
Buy Tickets
Donate